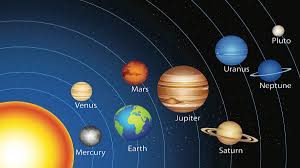 Astrology or Jyotish is a vast subject. Before the computer technology, it was a difficult task to cast different charts and dasha manually. It required in-depth knowledge, a sharp mind and lot of experience to work out the different charts without mistake. Afterwards the reading was done, followed by predictions and finally giving solutions.

However, today the first part of Astrology, namely preparing various charts, calculations and dashas has become very simple with advanced software. So what remains is the analysis, predictions and advice. This is also known as “falit Jyotish”, meaning what one may expect in life from the horoscope, literally meaning fruit of your past karma as imprinted in your horoscope. Sri Paramhansa Yogananda has nicely elucidated this point.

Vedic or Indian Astrology has originated from Rishi Parashara who wrote several texts most popular being Brihat Parashara Hora Shastra - very detailed work on natal astrology. There are other ancient texts too. Over a period of time, enormous volumes on astrology have come up from various authors from Indian as well as western astrologers. Today one can find a plethora of books, journals, articles and websites on Astrology. Many have done their own research in astrology and come up with formulas or methodologies for predictions. Therefore, there are several schools of thought, different interpretations and hence different predictions from different persons. Each one of them has its own merits and demerits. From time immemorial there have been extensive debates and arguments between stalwarts in astrology, each one trying to prove that his method or philosophy is more accurate.

Param Shakti Healing uses a mathematical and universal approach of Nadi Coordinate Astrology as the basis for horoscope analysis and predictions. In addition to Signs, Houses and Planets, Nakshatra; the Sub Lord, Cusp of Houses and combination of houses are used for most precise predictions. Vimshottari Dasha and Transits are used for timing the events.

The Nakshatras are subdivided into unequal "Sub lords". Nadi Astrology lays greater emphasis on the sub lord which is stronger than the Nakshatra & in the same sequence the Nakshatra is stronger than the Planet. For predicting any event combination of Houses is taken into consideration not like in other system of astrology where a single House is taken for giving predictions. It is Nadi (coordinate) astrology, which is scientific and gives accurate results. It is governed by definite principles and rules. The relevant factor is the casting of Nirayana Bhava Chalit chart, in addition to the lagna (ascendant) chart, which shows the planetary position as observed for an individual from a particular longitude and latitude, or the place of birth of the individual.

In the natal horoscope, using traditional method of planet placements and houses, a slight shift in timing may not really have significant impact on the readings and predictions. However, in Nadi Coordinate astrology the timing of birth plays a critical role. The coordinates may change within a span of minute and therefore the entire future predictions could change. Therefore, before reading the birth time has to be checked and rectified. The fine tuning of the birth time can be done accurately in Nadi Coordinate Astrology. An example is of twins born with a difference of say, 10 minutes in birth time. Both have different future and this can be better understood by the Nadi Coordinate method due the precision involved. There is no ambiguity in reading the horoscope by nadi method as the mathematical coordinates are fixed and the implied meaning of their combinations is evident.

This system is capable of giving the most accurate predictive results available anywhere in this world presently. It is called scientific because the rules of astrology which apply on one native are applicable on others too, just as science which is similar for all. When getting predictions through Nadi Coordinate Astrology you can rely on the predictions provided to you.

Param Shakti Healing gives predictions and proper guidance to take correct decision for bright future, taking advantage of beneficial periods, alerting on bad periods, guidance and solution for overcoming bad periods in personal matters, finance, health, marriage, career and family related issues. As our name suggests, we are keen on solving or healing your problems rather than just predicting.